Hummingbirds would stick their beaks into the plastic flower on the feeder only to find nothing, and then fly away. Any minute someone was sure to bring the nectar.  First there was just one, then two, and then several more. After about 15 minutes, they quit flying away and then would perch on a branch nearby any one of the four empty feeders. They seemed to be patiently waiting at first, and then they’d fly away. 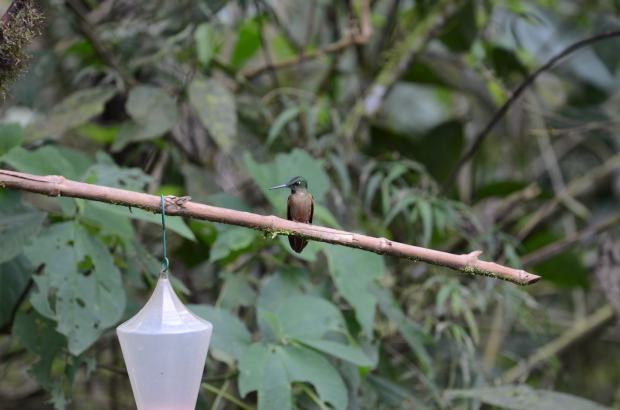 A Fawn-breasted Brilliant looks slightly annoyed at an empty feeder.

I sat on a wooden bench about five yards away, snapping photos of the hungry hummers. Steve had hiked down a steep muddy trail with our guide, Jose, and Bill, who was also on the tour with us. We were at Paz de las Aves in Ecuador, but I couldn’t navigate the steep trail with my bum ankle, even with walking sticks and sturdy boots. Yet I was happy to spend my morning watching the sweet little iridescent creatures as they zipped around like George Jetson.

Well, until they got aggressive.

No one told me I should have come with nectar

Jose had told me that the owners of the property were going to fill the feeders soon, but it wasn’t soon. I sat on the rough hewned log-of-a-bench, with my butt getting numb, for over an hour and the hummingbirds seemed convinced that I was responsible for filling the feeders.

When the first hummingbird flew toward me, he hovered right in front of my face, looking straight at me. “Why, hello little fellow!” I said out loud. Cute, I thought.

Then another flew my direction and zipped right next to my left ear. “Whoa! that was close!”

One by one, hummingbirds took their turn, zipping only a couple of inches near my head or hovering only 10 or 12 inches in front of my face, making it clear that they were hungry and wanted to be fed. Of course. I was a human and I should have come with nectar.

After 30 minutes of being dive bombed by the hummingbirds, a woman in knee-high wellies came down a path holding plastic pitchers of sugar water. She filled each of the feeders and then it was silent—no hummingbirds in sight.

Oh, for Pete’s sake. Now you disappear? What was all that aggression for? Not satisfied with the nectar, are you?

Then one brave hummer appeared and he took a sip. And then another. And another. They then perched their little bodies on branches and then began a chorus of chip! chip! chip! chip! chip! as they called in their friends and family to the sweet feast. 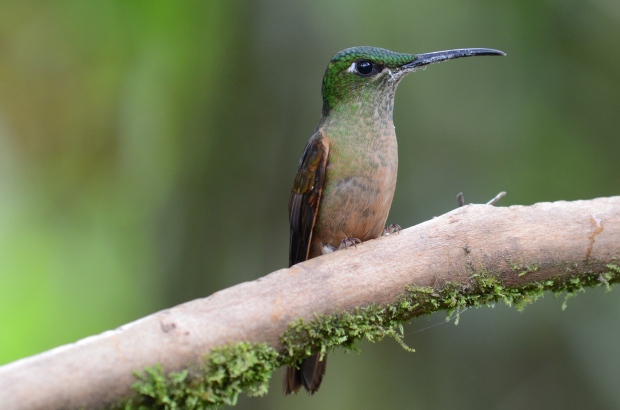 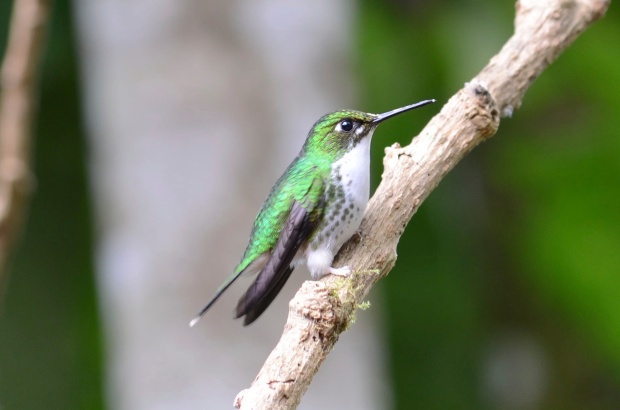 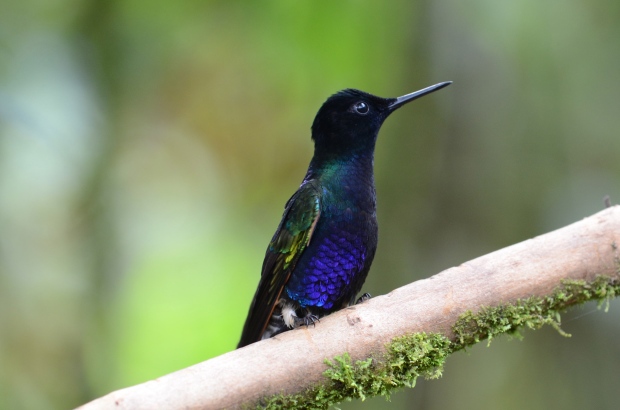 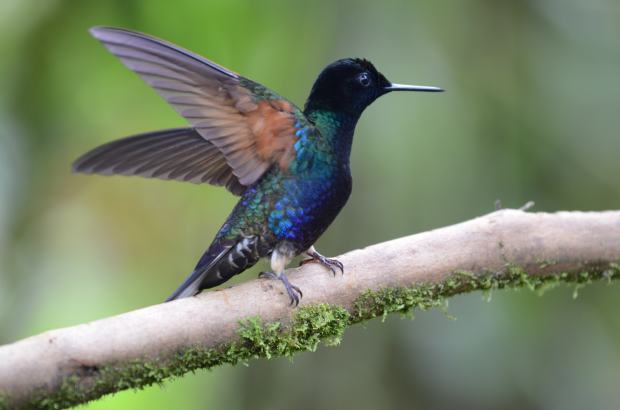 Now let’s check out those wings of the Velvet-purple Coronet. 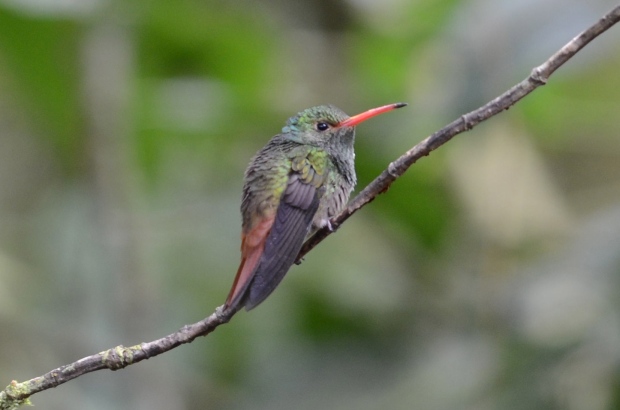 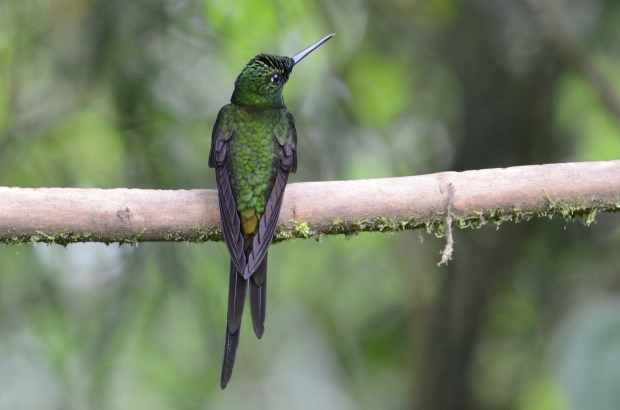 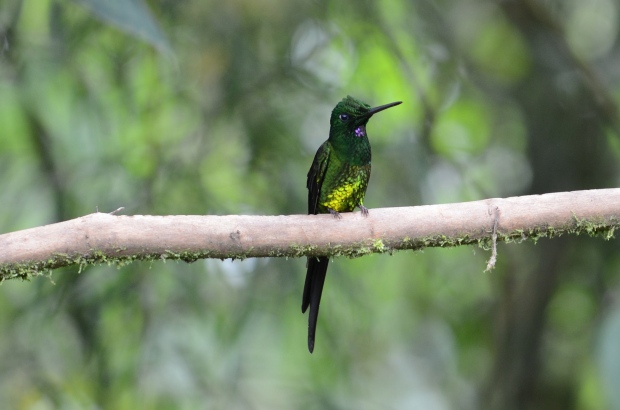 Now let’s get a look at the front of that Long-tailed Sylph who’s looking all sparkly. 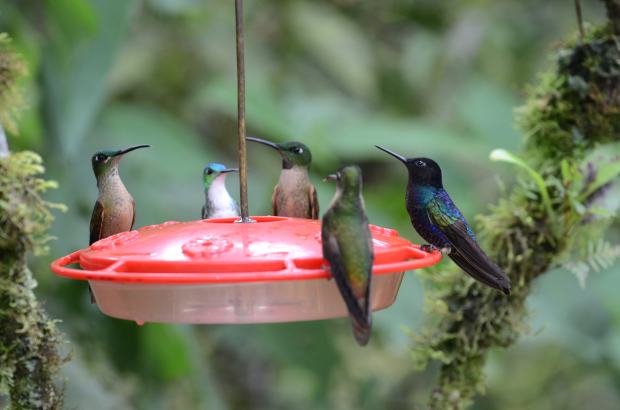 It’s a party now at the feeders.

← Come hell or high water: In search of the Torrent Duck
Pressures of Ecuador →