Come hell or high water: In search of the Torrent Duck

I don’t know how our guide Jose does it, but from his seat in the front of the minibus—as it’s moving at 60 km an hour up the mountain—he hollers, “Torrent Duck!” after which our driver, Manolo, stops immediately.

How did he see that?

I follow Jose’s finger where it’s pointing, press my nose against the window and there it is: a blur of a duck slipping off the rock into the river rapids, upstream.

The four of us, sans Manolo, jump out of the van and run to the edge to see if the duck pops back up out of the water. I put my camera up to my face waiting to get a shot that will prove I see it, but it’s gone.

Gosh, is that it? Is that all I’m going to see of the Torrent Duck?

I climb back into the mini bus with my husband, Steve, and Bill, another birder on our trip who we just met the day before. We each have our own seat on this minibus, since we’re the only three on this seven-day bird tour of the Andes in Ecuador. I grab the bottle of water from the seat pocket in front of me and drink the tepid water, which I still find refreshing and Manolo is already driving away.

We see more birds that day, but no more Torrent Ducks. Every day for the next four days I ask Steve, “Do you think we’ll see the Torrent Duck today?”

“We’ll have a really good chance once we get to Guango Lodge,” is always his response. I’m like a kid that way. Always asking the same question for the same response.

So I wait for that day, but I also worry. I have been having trouble at the high elevation in the Tandayapa Valley where we are staying in the Andes. The pressure on my head, feeling like it’s in a vice grip, slowed me down much more than I ever anticipated. Guango Lodge is at an even higher elevation than Tandayapa Lodge, where we had been staying and I wasn’t sure I could take any more of this squeezing on my brain. I was having a hell of a time.

I’m fascinated with the Torrent Duck just for the mere fact that it lives among fast flowing rivers of the High Andes. If you’re a duck, the Torrent Duck would be your cousin who loves the adrenaline rush of white water rapids. They not only live among the rivers, nesting in high cliffs above the tumultuous waters, but they swim upstream into fast, torrent rivers. I mean, what duck does that? Oh, the Torrent Duck does.

Even Torrent ducklings know how to swim fearlessly upstream in the fast water, which amazes me because I freak out when I watch little Mallard ducklings struggle to swim upstream in rapid water. Let’s just say they’re not so good at it. However, their Torrent duckling cousins are awesome at busting through the rapids.

Another interesting thing about the Torrent duck is that the female is the colorful bird, unlike most other birds in the avifauna world. She is orange breasted and—someone fact check this for me, please— my theory is that she’s colorful so that her young can see her in the water. (If that’s true I just might have to take that word, “Accidental” off my title here.)

Our days were running out

After six days in the Andes we still had no real good look at a Torrent Duck. Our last night we settled in at Guango Lodge, a small property in the temperate forest of the Andes, just about an hour from San Isidro and only 11 kms down the main Interoceanica Highway from the town of Papallacta.

As soon as we arrived I asked Jose if we could find the Torrent Duck. He looked positive. “Someone saw it today,” he said. “It’s just down the path.” We took the trail down to what sounded like a fast-moving river. The forest is still thick, even near the water. I pushed branches out of the way, and was especially careful in the mud, which always makes me nervous. Occasionally there were wooden steps to help in the steeper areas and old bottle caps were nailed into the boards upside down to help create traction to avoid any slipping. We arrived at the river and no duck. We moved to another area further down stream and still no duck. We walked over to a foot bridge to get a good look both up and down the river and no duck.

At which point I start doubting the whole world

I felt as though I was looking for a unicorn. How do I know that this duck exists if I can’t see it? I began to contemplate faith and belief and how things can exist that you don’t ever see, but I didn’t care about any of those things. I wanted to see the Torrent Duck and if I was going to endure headaches and nausea and all the other high altitude miseries I was going to get my damned duck come hell or high water.

But then hot water bottles make things better. (Sort of.) Or was it that tea?

We had a lovely buffet dinner at the lodge that night as the temperature dropped to what I would call Freaking-cold Celcius. I mentioned my headache and then someone introduced me to Coca Tea, saying that it helps with altitude sickness.

And then there were the chuckles and knowing glances and then Steve educates me by saying, “Like in the coca plant—where cocaine comes from.”

Who cares. I have a headache.

As we left for our room, someone from the lodge handed us water bottles filled with hot water to take to our room. Holy cow—water bottles! This place is so freaking cute. I drift off to sleep and I don’t know if it was the fluffy down comforters or the hot water bottle or the coca tea, but my headache went away. 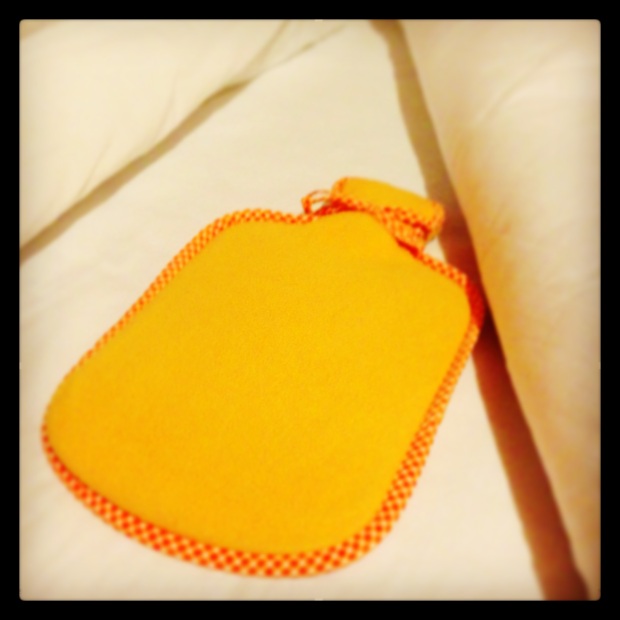 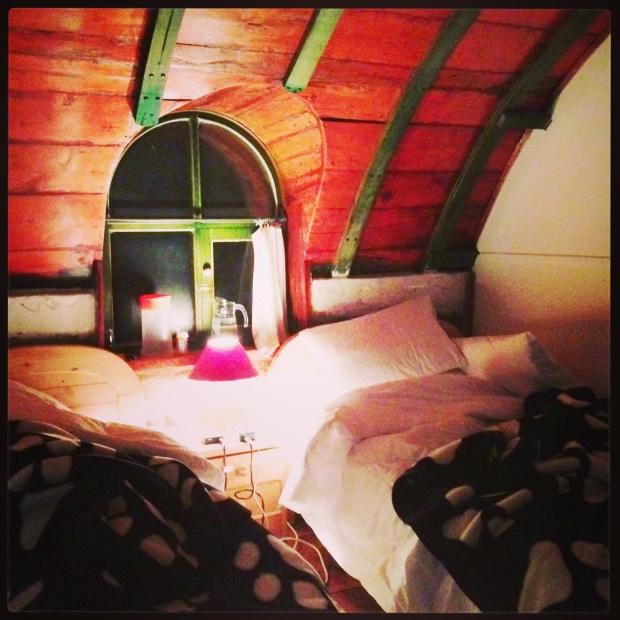 The next morning we had a full hot breakfast at 6:00 and as we were loading the van with our luggage Jose says, “Hey, want to see the Torrent Duck?”

“Hell, yeah!” I say, forgetting my manners and any ounce of decorum I might have left in me. “Where is it?”

“Just down the hill.”

We know we have a schedule, but we’re birders and if there’s a bird—a freaking Torrent Duck!—then screw the schedule. We go off to get a look at the duck.

I head down the trail, Jose is in front, I’m right behind him and Steve and Bill follow. Manolo is even there because he, too, wants a look at this duck. The trail somehow seems shorter today. Maybe that’s because I know it, or because I am hiking downhill at a little faster clip in order to get a chance to see this duck.

Jose slows down and then I know. He crouches down behind some branches and points.

And there’s my duck. He stands there on a big rock in the middle of the fast-moving river. The black and white pattern on his head looks like a bold, striking helmet of sorts. The black -striped line at his eye looks like he’s wearing a mask and gives him a super hero look, which makes sense to me because I see him as a super hero in these waters. The churning and turning of the water is like a dangerous washing machine, ready to gulp down anything in its path, but he stands there comfortably as though on watch. For what, I don’t know. His mate? His ducklings? For food?

With water rushing by—the kind of water that would sweep me away in an instant—I look through my binoculars and I don’t want to take my eyes off of the duck. I stare at his orange beak, which stands out in contrast with the colorless river. His feet, planted firmly on the rock, are a mottled orange, but not as bright as that red-orange beak. His white chest is puffed out and he stands there proudly, as if to say, “These are my waters.”

23 thoughts on “Come hell or high water: In search of the Torrent Duck”