I arrived at South Seas Island Resort on Captiva Island at night so it was dark and I had no idea what I was going to wake up to.

This, guys. This is what I woke up to: 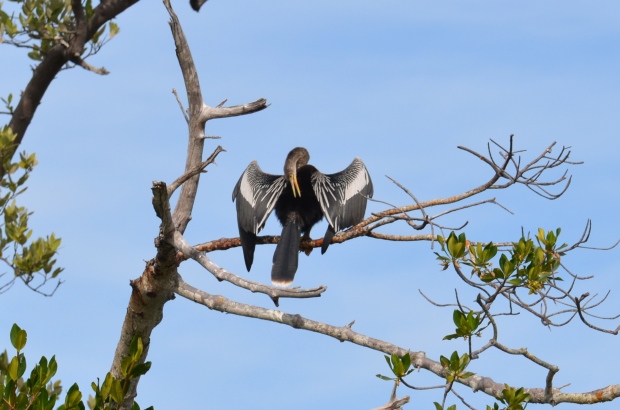 If you’re ever going to stay at South Seas Island Resort, might I recommend you stay in room 5150. It has a full kitchen, a living room and a screened-in veranda with a fantastic view of the marina and mangroves and it’s quite birdy.

Too bad I had meetings all day and business events in the evening. (Yeah, what a way to spoil my fun.) But thankfully, for the few times  I was actually able to see daylight from my room I was treated to some fantastic birds. 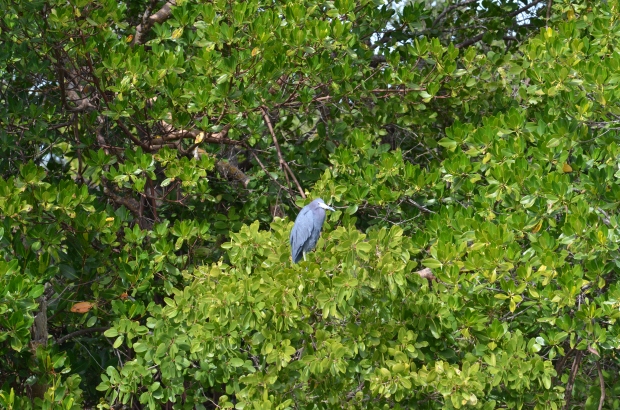 I could count on this Little Blue Heron every time I looked out at the marina.

This Snowy Egret was also pretty dependable too.

There were two mornings I didn’t have to get up at dark and when I looked outside to see what I could find there was a heron skulking around near the mangroves at the same time and place each morning. I knew he was different than other herons I had seen so I called Steve and woke him up to describe the bird.

“That would be a Yellow-crowned Night Heron,” he explained. “That’s a lifer for you!”

Yellow-crowned Night Heron not in a skulking mood, but in broad daylight.

Why can’t all business trips be like this? I thought.

The only annoyance (besides having to work all day) was that stupid screen on the veranda, making it tough to take photos. (All the photos on this page I took from around the marina as I walked around one afternoon when not in meetings. All the ones I tried to take through the screen I had to toss. They were crappy.)

The real treasure, though, were the wintering Osprey. There were seven of them hanging out in the area. They were fishing and calling to each other and as I write this nearly two months later I still miss the high-pitched chirps from the osprey as they communicated to each other. Twice I saw an osprey successfully catch a fish and both times the osprey flew around in a circle, doing a fly-by to the other osprey. I don’t know if it was a juvenile showing off or a parent showing how it’s done. Regardless it was a real treat to watch the interaction with this group.

I could watch these guys fish all day.

And some Brown Pelicans, natch.

I never tire of Brown Pelicans and there were plenty around to keep me happy. As I walked around the marina they weren’t too alarmed by me. They were mostly resting on the boats and interested to see what I was doing, but clearly  not threatened. So this guy gave me a bit of a show: 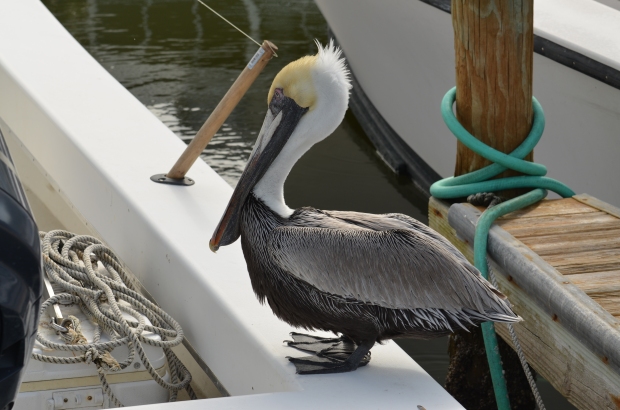 All done now. Back to resting.

Look, most of the time business travel sucks. When I say “most” I mean, 99% of the time. This was the 1% of the time that proved to be fruitful. I felt like I had won the lottery and no one from the work seemed to be as giddy about it as I was. Others were bragging of their ocean views with dolphins. Phfft! But I’ve got LOADS OF BIRDS, GUYS!

Plus, I saw this guy as I was walking to my first day of meetings.

Nothing to look at here, folks. Just an alligator on the way to my meeting. Keep moving. [Instagram]

But the most disconcerting find was the drone hovering above me while I was at the marina. Geez. A drone? I won’t lie. I was a little freaked out by it. 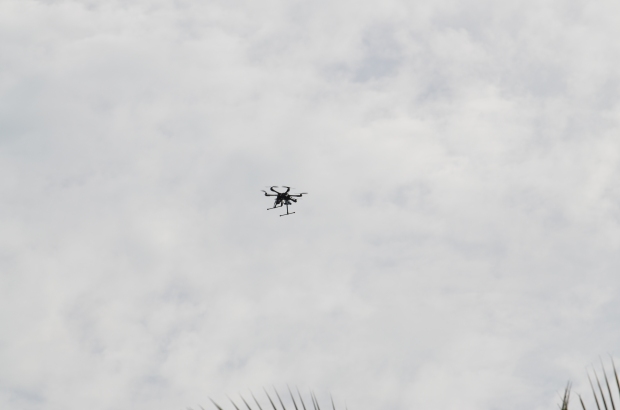 This drone was also a lifer for me too.

So that’s how my January business trip wrapped up. Have you ever birded or checked out wildlife in combination with business trips? Do tell!

← Sanibel Island’s Bailey Tract is not a bad Plan B.
Just try and stop me from seeing the Waved Albatross →

2 thoughts on “Business, birds, gators and drones. It’s all here.”